Tried to work, but that isn't going to happen today - can't concentrate.  Going to go downstairs to camp out outside playing hall.  Some serious storm clouds rolling in - looks like rain is going to start early today. 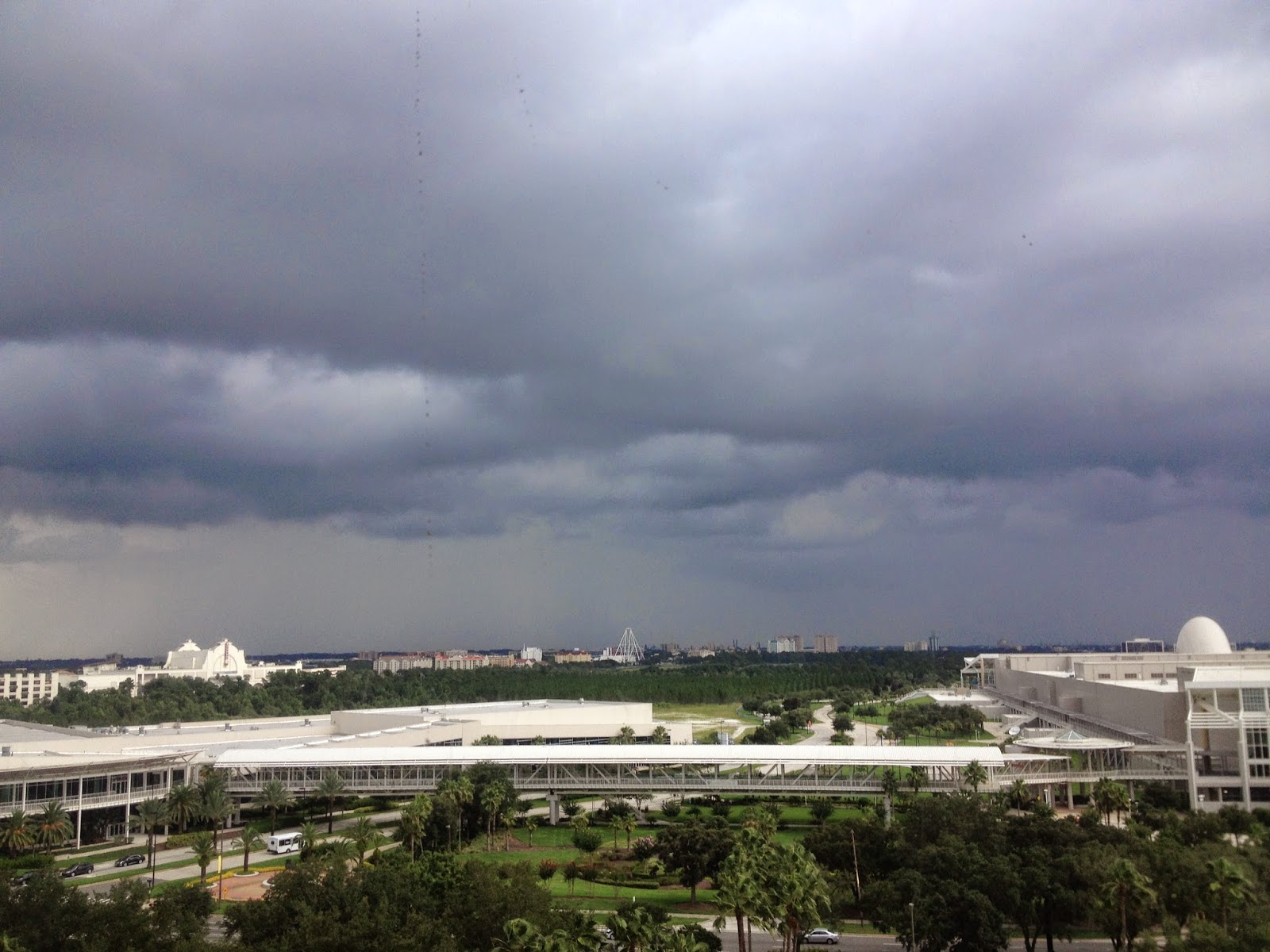 After 5 rounds, NJ is 1.5 points behind NY in the state vs. state competition.  Lots of tough matchups in last round for both NJ and NY players.  NY has the edge, but NJ still has hope.

Tom Petty song, "The Waiting" is playing over and over and over in my head.  Does he still play?  Petty is one performer that I have never seen that I want to.  Need to see if he is still active - he must be at least 134 years old by now.

Went to bathroom and came back to find that two people snaked my seat.   Got to find a new place to hang.

Peeked inside the playing hall.  JM at the board like a statue - staring intensely at the board.  When JM first started playing tournaments he got into a habit of strolling around the room, checking out all the other games.  I don't know if it was nervous energy or a bad habit he picked up from other kids, but it used to drive me crazy!  I have noticed over the last few years that he no longer does this - he stays focused and at his board all game long now.  The only time he strolls around now is when he knows he has the game won.  If it is near the end of the game and JM is walking around the room, I know he is going to win.  I used to hate seeing him walk around the room - what I would give to see him walking around the room an hour or two from now!

Found a better seat.  I can see if JM comes out and goes to the bathroom, but he can't see me.  If he goes to bathroom I might even be able to sneak in and check out his board.

Hanging out with Michele in lobby.  All the top boards are still playing.  Gavin DeGraw (one of Michele's favorite singers) is playing at House of Blues in Orlando tonight.  Michele and I trying to come up with a plan to go to the concert.  Not sure we can pull it off - going to have to wait to see him on our cruise in a few weeks.....

Stuck head back in playing hall.  About 15 people watching JM's game.  Must be an interesting game, which is exactly what JM will tell me later.

I see the crowd move away from JM's game and see the 2 players talking to each other.  That means the game is over - I have no idea who won.  They finish talking - JM's opponent starts walking to the back of the room, flashes a big smile and thumbs up and shakes someone's hand.  That can mean only one thing - JM lost.  I walk over to JM - he is holding it together well.  He tells me he is going to go over the game with his opponent, and I tell him to take all the time he needs.  I walk out of the tournament room and go down the hall to wait for him.

JM spent about an hour going over game with his opponent - I am sure it helped him to take all that time and decompress.  I watched Advait Patel beat David Brodsky to win the Barber championship - you could cut the tension with a knife at the end of that game!  I really don't know how these kids do it - I have such tremendous respect for them. 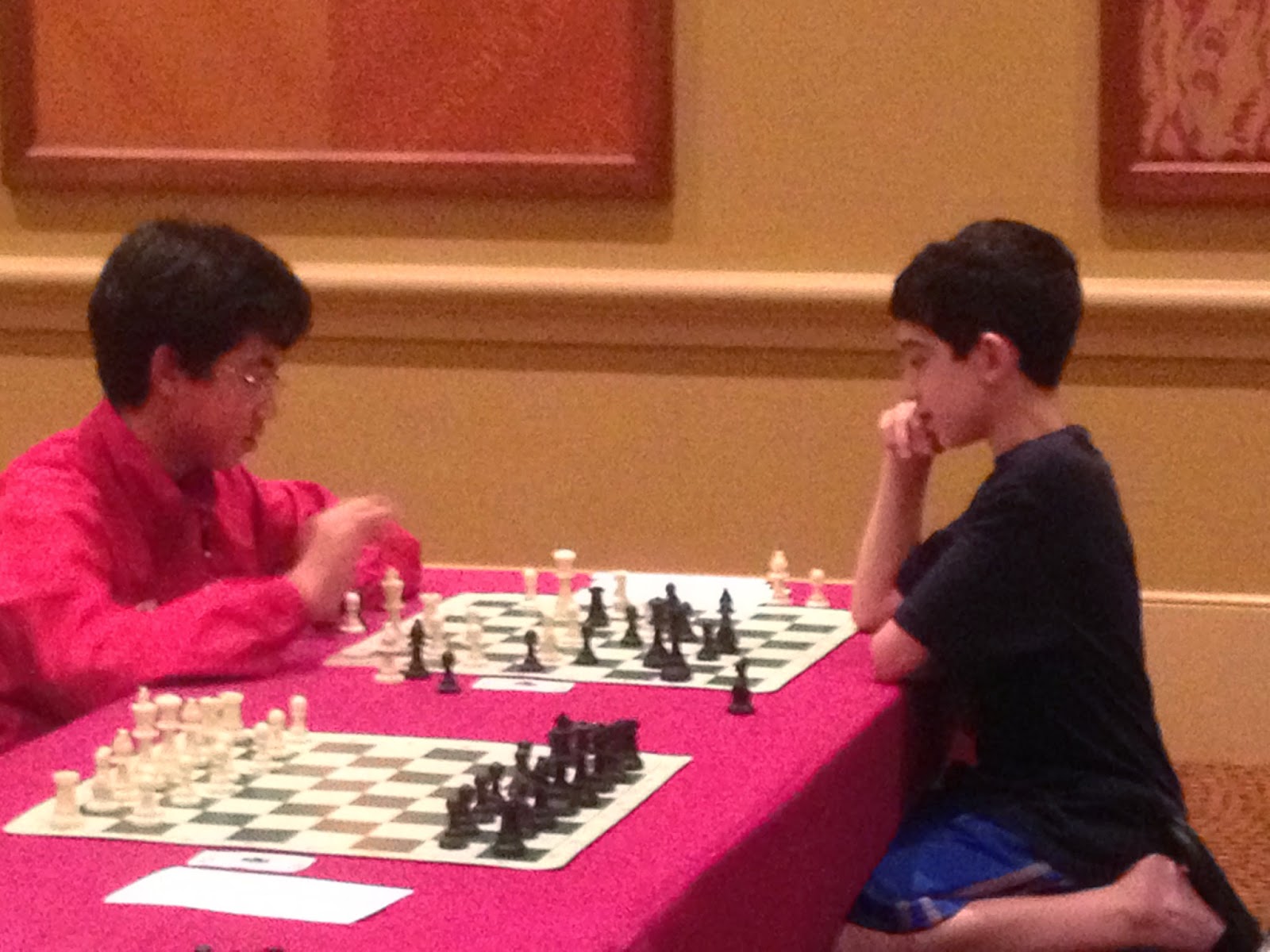 An hour after the loss, JM is handling it well.  Still hanging out amongst the crowd near the playing hall - watching the remaining games.  Going to be a tough afternoon for JM - this one will definitely hurt for a while.  Kind of glad he is going right into another tournament tomorrow so he can get right back on the horse.  He even just said he didn't want to take a bye In round 1 - he wants to play tonight!  I think after the adrenaline stops flowing he will stick with the original plan of taking a bye in round 1 and starting the US Open tomorrow.  The US Open is a big tournament, but there will be absolutely no pressure on John Michael in this tournament - he will be around the 40th highest rated player out of 400 or so.  He won't feel any nervousness at all.  It's weird but the US Open will feel like just "another tournament" to him compared to the pressure-packed tournament he just finished.  For the rest of the day, we are going to kick back and relax.  Awards ceremony at 4:00 PM, but then it will be some restful family time for the rest of the night.  As I am typing this, JM already changed his mind and decided not to play tonight - we are sticking with the original plan.


I really hope he can grasp just how special he is, and what a tremendous accomplishment it is just to qualify to play in the Barber tournament, let alone battle it out all the way to the end with the top player in the tournament.  There is no shame in losing to a player rated 2349.  JM is so darn competitive - that fierce nature helps him accomplish great things, and it also is undoubtedly making him crazy right now.  I can't wait for us to get away from the crowd and have some down time so I can tell him how much I love him and how proud I am of him.  He inspires me and many others.  Watching him compete and get the most out of his talents makes me want to work harder at getting more out of myself. The problem is, I am not world class at anything like he is at chess! 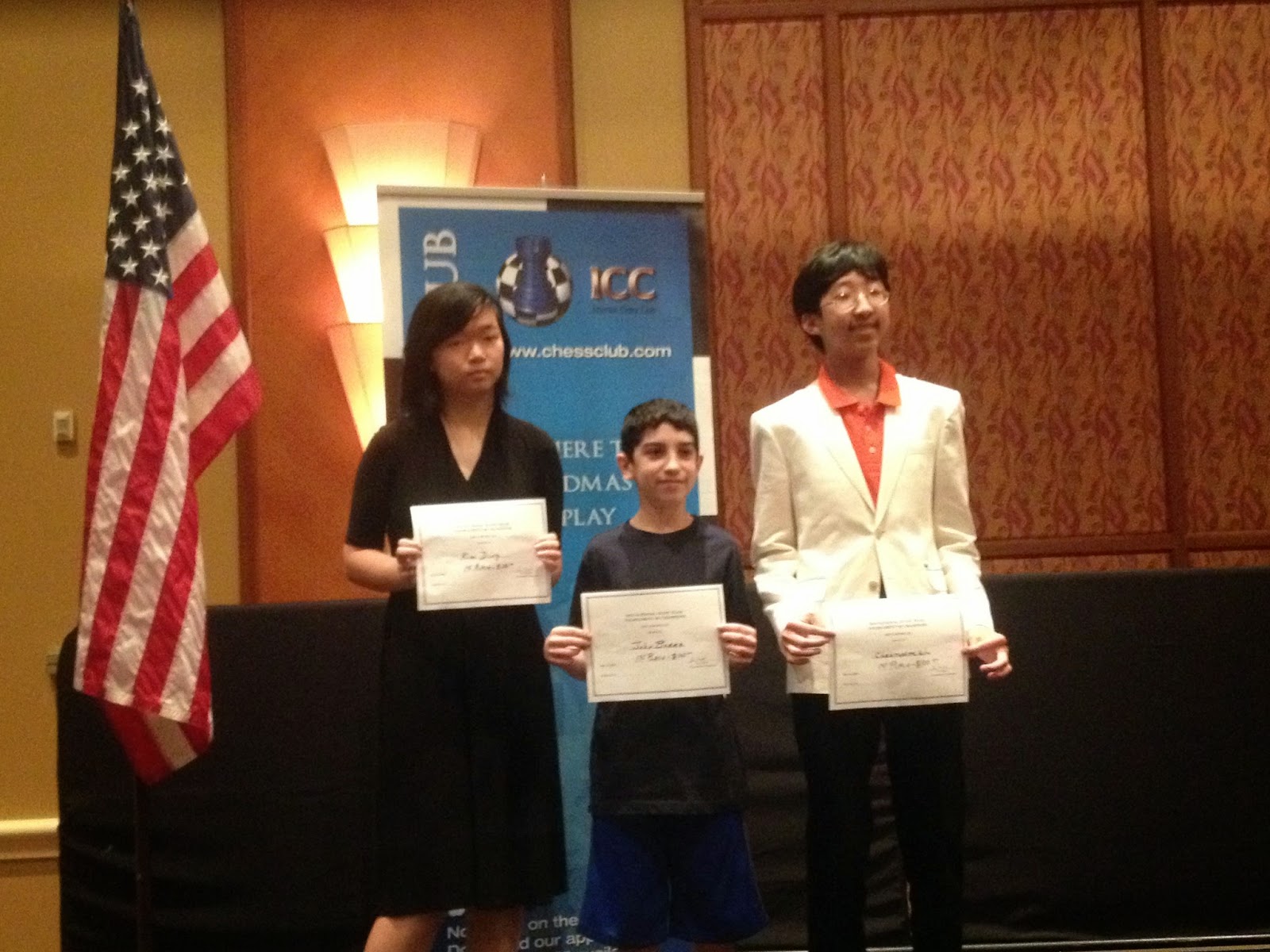 Back in the hotel room to relax for the evening after a long 4 days.  Quote of the day from JM: "I am mentally done."  He has handled the last round loss well - I am proud of how he has handled himself.


There is no doubt in my mind that John Michael will be back soon in a national championship, thrilling us all along the way.  Hopefully his nutty father will have figured out a way to deal with his own tournament jitters by then!


Congratulations to all the champions, and to all the players who qualified to participate in this prestigious tournament.  Very special group of kids - every single one of them.


Hope you all enjoyed JM's latest chess adventure.  For now - Adios from Orlando!
Posted by John Michael at 6:34 PM