Hello all -
This is John Michael's Dad. We arrived safely in Brazil on Monday morning. Long journey to get here. Flight Sunday afternoon from Newark to Atlanta, followed by a 2 hour layover in Atlanta. Flight Sunday evening/Monday morning from Atlanta to Brasilia International Airport (8 hour flight). Arrived in Brasilia 9:00 AM local time Monday morning (3 hours ahead of the East Coast), and then took a harrowing 4 hour van ride from the airport to our hotel. Michele and I think that our van driver was trying out for the Nascar circuit! We are literally in the middle of nowhere - we drove for 4 hours through a very deserted part of Brazil. Lot of poverty outside of the major cities in Brazil. The main road we took to Brazil was the only paved road in sight - we found out that only 6% of the roads are actually paved in Brazil (compared to 59% in the United States). The hotel is nice - lots of pools and water slides. Room is small but functional. No American TV stations. No English of any kind here - we literally cannot communicate with 95% of the people that are here. Some hotel workers speak limited English, but not very many. We traveled with 2 other families from Atlanta - great people. They both have sons playing in the tournament - one is playing in the U18 section, and one is playing in the U12 section. Weather is nice - mid 80s, with stretches of rain each day for a couple of hours in the afternoon. John Michael has been having a great time - he has been playing chess with the boys he met, and played ping-pong this morning with some Brazilian kids! Food has been good - lots of meat, rice and fruit. Going to take a trip to state park with a waterfall on Wednesday. Met a couple of the United States coaches today (there are 10 U.S. coaches in total that will be here). Getting settled in and having fun before John Michael's tournament begins on Friday! Some pictures below. Will post again in a couple of days. Thanks for all your prayers and support!

Here are some pictures: 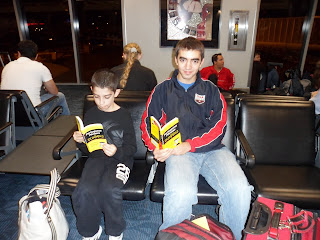 John Michael and Eric getting in a game of blitz while waiting to board plane in Atlanta. 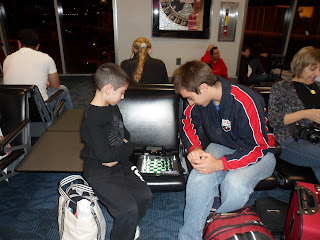 The Burkes in the middle of 4 hour van ride to hotel - we stopped for lunch. 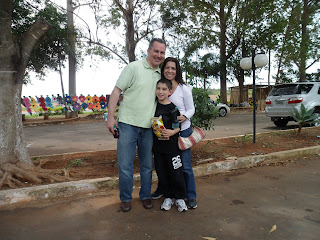 This is what it looked like for the majority of our van ride to the hotel. 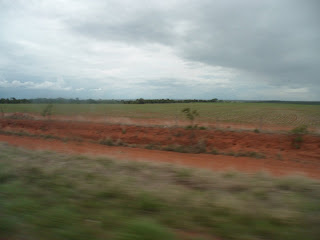 John Michael and Eric playing ping pong with a couple of Brazilian kids. 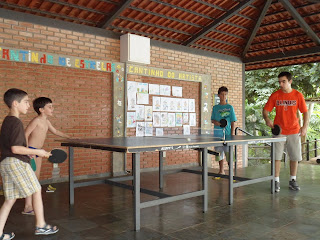 John Michael and Eric playing "blindfold chess" while the adults shopped in a local town mall. Blindfold chess is when you play a game of chess without a board and pieces - you just say the moves to each other. They actually played 4 entire games while we walked back and forth to town and did some shopping. Pretty amazing to watch! 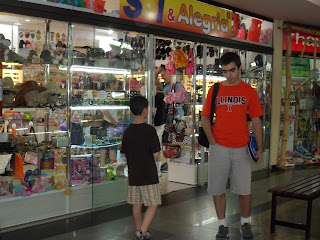