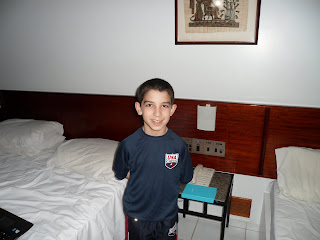 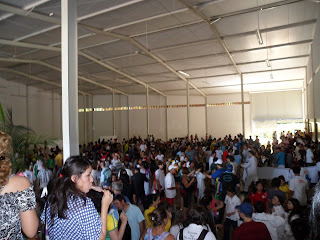 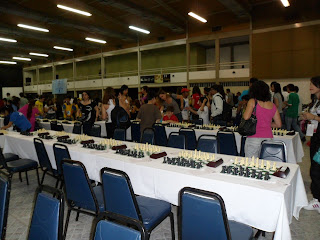 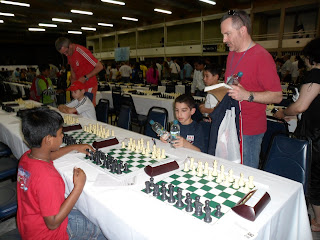 Isn't the guy on the far right a little too old to be playing in the U10 section? 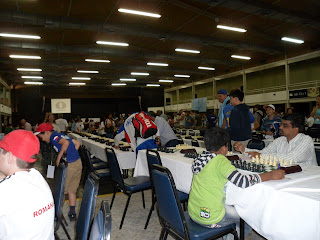 John Michael filling in scoresheet before the game. 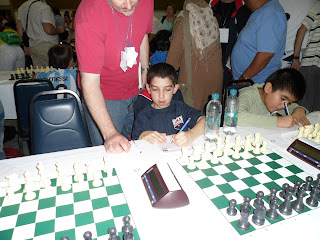 View of the tournament hall from the balcony. 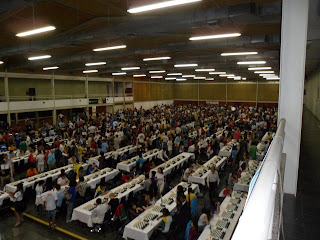 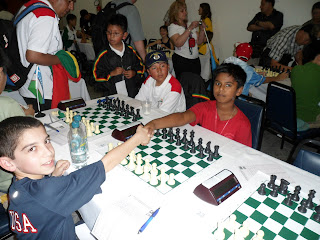